According to the BGMI website, it’s purely managed and developed by Krafton- the company behind the original PUBG for PC. Krafton is a South Korean game development company that now holds the right to publish BGMI in India (formerly known as PUBG Mobile).

Previously there was a major role of Tencent (a Chinese technology company) behind the working of PUBG Mobile in India due to which the game was banned in the year 2020. But now the whole scene is changed and according to Krafton, BGMI will be developed and published by them only.

Earlier this game was planned to be launched with the name PUBG Mobile India. But due to some policy violations, its name was changed to Battlegrounds Mobile India.

For the unknowns, this is a beta version of the original BGMI game which is made available by the company just for testing purposes. This version allows only a limited number of players for the efficient testing of the game.

You can follow this link to open the tester page. If you’ll be lucky then you will get a beta version for the download else you’ll have to wait for the final launch.

After opening the link you’ll have to join the BGMI tester program in order to get early access. After joining the tester program, click on the ‘Install public version‘ link. You’ll be redirected to the Play Store for download.

If this link doesn’t open for some reason then you can search for BGMI in the Google Play Store on your smartphone. There you can try to download the early access of this game. 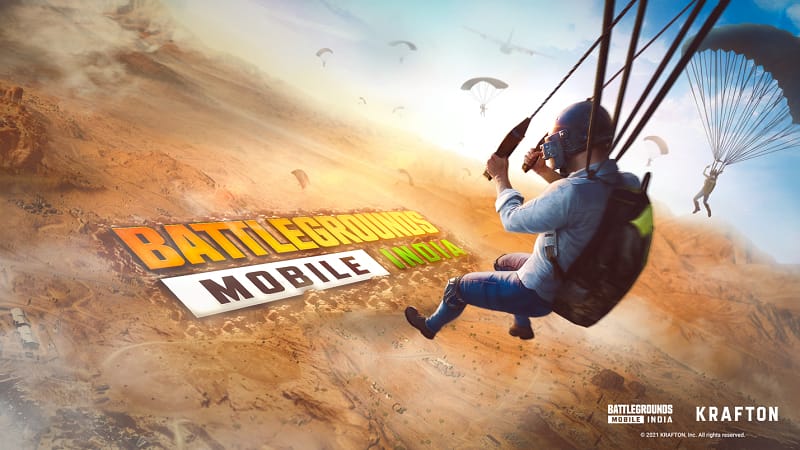 Now it’s time to take a look at some of the major differences between the regular PUBG Mobile global version and the Made for India BGMI game. This time Krafton has tried to make sure that BGMI doesn’t violate any policies as pointed by the Government of India. As a result, the following are the changes that you’ll see in BGMI:

Just as the regular PUBG Mobile global version, BGMI will be made available for both Android and iOS. Battlegrounds Mobile India iOS release is not announced yet by the developers. So it’s hard to assume the required specs of BGMI on an iOS device.

According to the sources, the iOS version of this game will be made available when the game launches as the stable version on the Play Store. For now, BGMI is open for beta testing only on Android devices. Battlegrounds Mobile India release date will be announced soon.

Krafton has recommended Android 5.1.1 or above and at least 2 GB of RAM in your Android smartphone in order to play this game smoothly. The initial download size of this game on the Play Store is around 720 MB.

After downloading the Battlegrounds Mobile India game, you’ll also have to download updates and resource packs which will take up to an additional 2 GB of space. So in clear words, if you want to enjoy each and every feature inside this game, you’ll have to reserve 2-3 GB of free space in your device.

So how do you feel to have your favorite battle royale game back in India after a long ban? How many chicken dinners till yet:)? Tell me in the comments section below.

Do not forget to subscribe to this website and get all the latest tech updates right in your inbox.  If you’re also a tech geek like me, then you can submit your technology articles and can showcase your writing talent.

If your post has the ability to attract people, then it’ll be published on HitechDivyanshu. So, what are you thinking of, become a Hitech’ian!